From UV light sanitizing to AI fever tracking, these are the emerging technologies retailers are using to prevent the spread of the coronavirus in stores

The ultraviolet light emanating from the escalators of the sprawling department store is just one of a smattering of emerging technologies popping up in brick-and-mortar stores to prevent the spread of the coronavirus. These virus prevention systems — ranging from room density monitors to non-invasive body temperature scanning — are evolving into a booming industry of their own.

For the average consumer walking into a retail store, many of these technologies aren’t immediately obvious to the naked eye, but rather inconspicuous additions. Here’s what you can expect to see — or rather, not see — on upcoming shopping trips.

One such unobtrusive technology is Density, which monitors room occupancy with the help of sensors that measure the depth and body patterns of visitors walking through doors leading into a public space. According to Aleks Strub, chief marketing officer at Density, these sensors communicate with each other to provide a real-time analysis of shoppers and help employees prevent crowding to ensure social distancing is enforced.

Strub said the system does not use cameras and is “completely anonymous,” a draw for consumers that have grown especially concerned over issues involving face recognition technology. As far as types of retailers, Strub said the service has been especially popular in meatpacking facilities which emerged as early hot spots for the coronavirus earlier this year, as well as in warehouses and casinos.

Another key part of crowd control is scanning body temperature to check for fevers. While many retailers have started adopting policies of screening employees for elevated temperatures before sending them out on the floor, others have implemented thermal scanning technologies to pinpoint and mitigate potentially ill individuals in real-time.

Daniel Putterman — CEO of the Kogniz, a thermal security platform that uses AI to track fevers from a distance — said he believes technologies like his will become commonplace moving forward, in the same way increased security protocols implemented at airports after the September 11 attacks have persisted today.

“Why, in a year, would you dismantle your temperature screening? That would be sort of like saying, ‘Well, we haven’t had a terrorist attack for a while, so let’s get rid of all these TSA procedures because we’re fine now,'” he said. “We’re looking to put new technologies in offices and other environments that can be permanent and that can help us get back to a sense of being normal.” 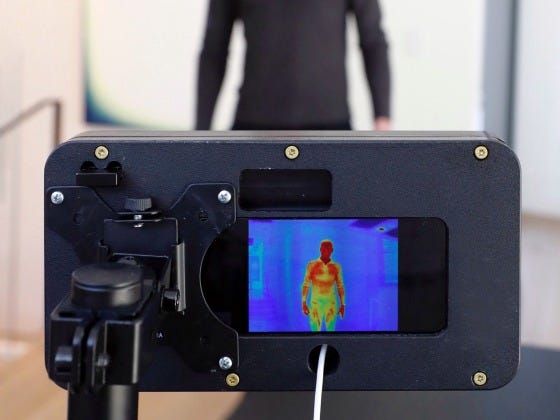 Some changes in retail, like ultraviolet light sanitizing systems, will be more interactive for shoppers and employees. Beyond the technology used to line the Saks Fifth Avenue railings, companies like Vioguard are selling systems that remove bacteria from items like cell phones, tablets, keyboards, and pens — all frequently used in retail spaces, either among shoppers browsing and making purchases, or employees running point of sales.

Mark Beeston, VP of sales and marketing at Vioguard, said the medical-grade technology has been used within hospital systems due to its capacity to “bombard pathogens, break down their DNA, and render them harmless.” Now it is evolving for use among retailers like jewelry stores, where people are regularly trying on products against their skin, allowing to cut down on time, resources, waste, and ultimately human error that can occur using manual sanitizing.

“These products are just easy to use — there’s no on-off switch, you just close the door, put your [cell phone or tablet] in, close the door, and it runs and kills pathogens,” he said. “There’s no heat, there’s no UV being exposed to people, so they don’t need specific protective equipment.”

Best Practices for Recruiting During COVID

Even though we are in a pandemic, businesses must still hire for open roles.  While pay and benefits are still important to candidates, in our COVID world, how you ensure your workplace is a safe and healthy environment now takes on greater significance for potential... 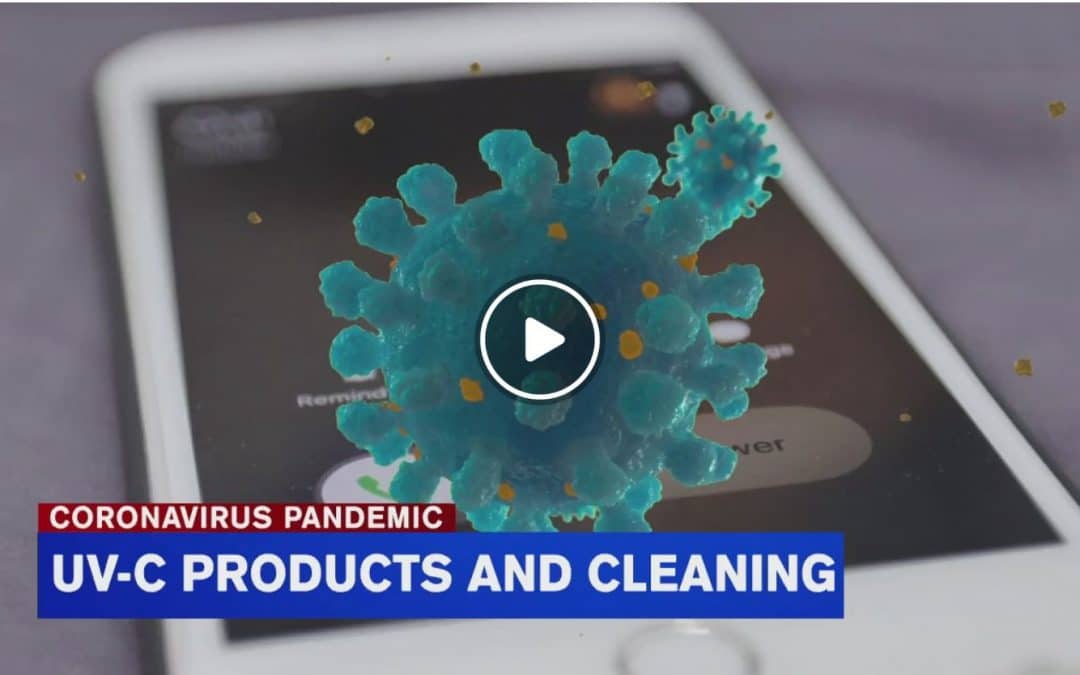 Getting Answers: efficacy and safety of UV-C disinfecting products

SPRINGFIELD, MA (WGGB/WSHM) -- As the world continues to grapple with the coronavirus pandemic, new products are being developed to disinfect surfaces in hopes of killing the coronavirus. UV-C products have quickly attracted buyers as an alternative to using...

The Best Protective Gear of 2020

One of the chief concerns of 2020 is “staying safe.” It’s been a tumultuous year that’s pushed everyone to show concern for their own health and the safety of those around them. A consistent difficulty for consumers is finding the right protective products, from masks...

GREENWICH, CT, USA, November 6, 2020 /EINPresswire.com/ -- Fotis Georgiadis, owner of the blog by his namesake, is a branding and image consultant specialist with a robust background and is a visionary interviewer. With a knack for pulling out a well-rounded...

In times of crisis, how companies react can make or break their employees’ sense of loyalty to the organization. Now more than ever, workers want to feel that their employer cares about their health and safety and in turn, will be more engaged and committed to the...

This Product Is In High Demand

As COVID-19 continues to disrupt life around the globe, Vioguard is committed to providing high-quality disinfecting solutions to its customers. We recognize the essential role our UV-C sanitization devices play in killing pathogens and eliminating cross-contamination across medical, corporate and consumer environments. While we have ramped up production to address the current demand for our technologies, certain products may be in a “Back-Order” status.

If a product is marked “Back-Ordered”, it will ship when available. Based on current production schedules, we expect product shipments to commence the week of April 27, 2020. You may purchase a “Back-Ordered” product at any time, this will ensure prompt delivery once the product is available. If you have other products in your order that are available now, those products will ship immediately.

We thank you for your continued trust in our products and hope you remain safe and healthy during this challenging time.

Alternatively, you may visit Amazon with regard to additional product availability.