About 1/25 patients on any day have an HAI, equaling the population the size of Atlanta becoming infected every year. 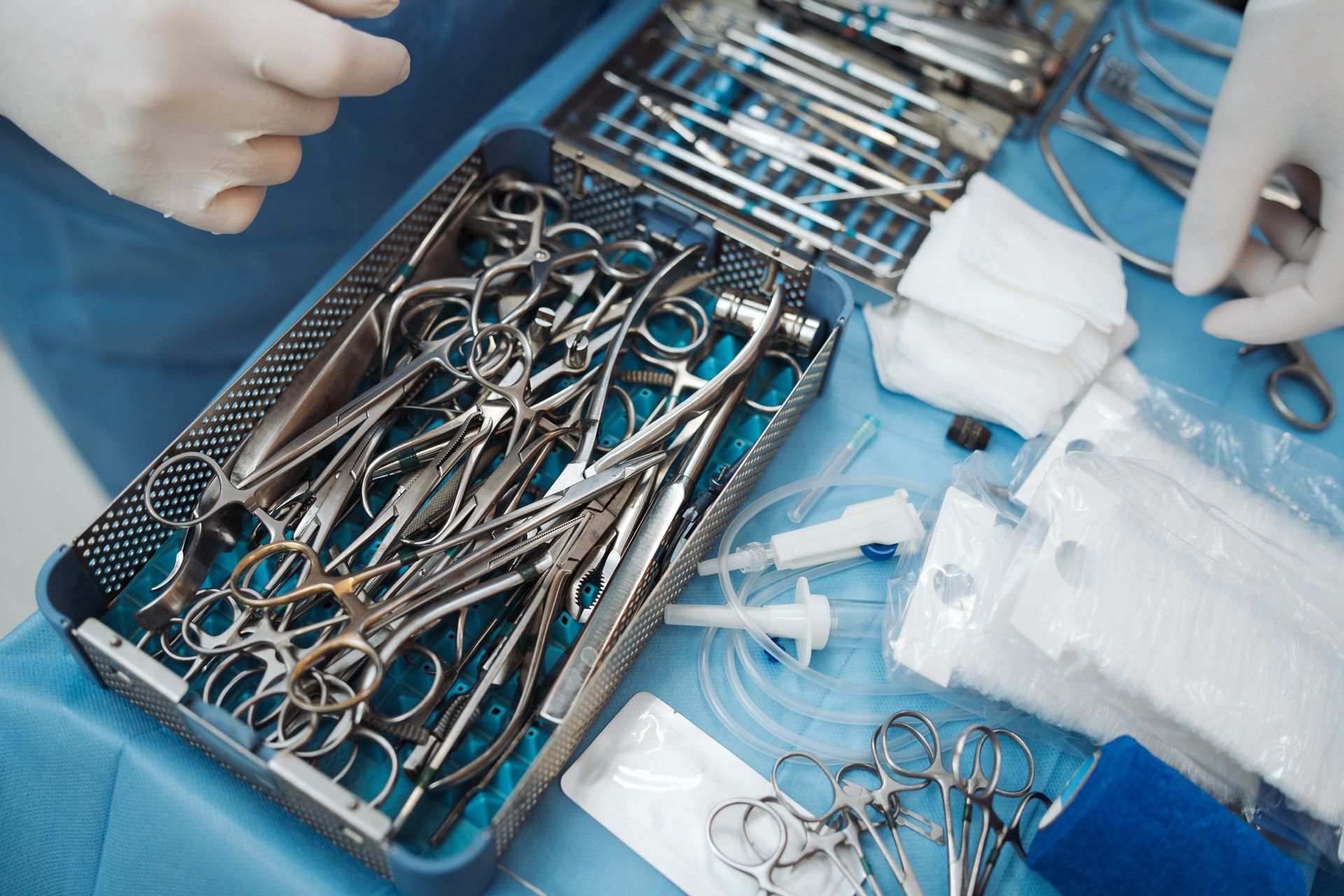 A study published in the Infection Control and Hospital Epidemiology found that healthcare-associated infections increased in 2020. HAIs, more commonly recognized as Hospital-Acquired Infections, are what the name infers, infections contracted inside a hospital. Hospitals have the reputation of being safe havens for the sick and weary with good care and cleanliness, however, cross-contamination from medical instruments and other hospital tools have had a damaging effect. HAIs usually are a result from central line-associated bloodstream infections (CLABSI), ventilator-associated infections (SSI), catheter-associated urinary tract infections (CAUT), ventilator-associated pneumonia (VAP), and Clostridium difficile infections (CDI). A sub-category to HAIs includes superbugs, antibiotic-resistant viruses such as Methicillin-resistant Staphylococcus aureus (MRSA).

The numbers listed above may appear dark and gloomy but there always is a rainbow around the corner. What hope do we have to look forward to? How will the world combat these ever-growing infections? The US Department of Health and Human Services has developed a National Action Plan to prevent these Hospital-Acquired Infections. These steps include prioritizing a research agenda, integrating policy options for linking payment incentives/disincentives to quality of care, raising awareness of this issue, and enhancing regulatory oversight of the hospitals themselves. Luckily, these goals are also being implemented across other associations and organizations around the world. The Association for Professionals in Infection Control and Epidemiology is playing a key role in decreasing the startling numbers of hospital-acquired infections by calling on federal and state governments to provide funding for healthcare facilities to ensure adequate surge capacity so infection prevention and control measures can endure when stressed.

The APIC is also participating in the National Action Plan by launching a campaign called HAI Fast Forward: Accelerating HAI Prevention, which will include webinars and other resources to help reduce HAIs. With the call to action being recently released some of the recommended measures include: the inclusion of infection preventionists as essential stakeholders in pandemic response, using the hierarchy of controls to prevent SARS-CoV-2 transmission, better surveillance and epidemiological investigation, focused cleaning, disinfection, and sterilization, raising situational awareness, ensuring employee and occupational health for healthcare personnel, making vaccination an essential path to minimizing disease transmission and protecting vulnerable populations, finding intersections between healthcare facility infection preventionists and public health, ensuring pandemic preparedness in long-term care, better managing communications, and mitigating workforce shortages. If you would like to read more about these 11 outlined suggestions in the APIC’s Action Plan, you can find that listed here: https://apic.org/wp-content/uploads/2022/03/PandemicResponse_WhiteP-FINAL.pdf. One of the up-and-coming tools hospitals are using to get a more focused clean, disinfected, and sterilized area is UV Light.

Ultraviolet light has become the recommended choice to eliminate germs, pathogens, and microorganisms. It has been used for germicidal irradiation since the late 19th century – early 20th century with Arthur Downes and Thomas Blunt having discovered the ability of sunlight to prevent microbial growth. They later discovered that the ability of light to inactivate microorganisms is dependent on the dose and wavelength of radiation and the sensitivity of the specific type of microorganism. UV light covers a wavelength spectrum from 100 to 380 nm (nanometers) and is subdivided into three regions by wavelength: UVA (320 to 400 nm), UVB (280 to 320 nm), and UVC (200 to 280 nm) Among the three, UVC has the strongest germicidal effect and is widely used in the form of mercury lamps to inactivate microorganisms. Many problems however, have been discovered using mercury lamps, so the company Vioguard has sought to avoid the problems with the mercury lamps, as well as follow the steps outlined in the National Action Plan by providing a service that could help eliminate more than 99.99% of viruses, germs, and bacteria through the use of UV-C light. Vioguard has done this through the use of two models of a UV-C cubby.

Each cubby features unique, patented technology that verifies the necessary UVC dosage that has been discovered to eliminate even the most difficult pathogens. Vioguard products operate at 254 nm, perfectly in the range of 200-280 nm to effectively kill and disinfect the germs. The light inside the cubby is absorbed by the DNA and RNA of microorganisms, which causes the DNA and/or RNA structure to form new bonds between adjacent nucleotides. This results in the dimerization of adjacent molecules (particularly thymine). This occurrence in the DNA and RNA of viruses and bacteria makes it impossible for the microorganisms to replicate and infect. The UVC light has been shown to effectively deactivate a broad spectrum of pathogenic bacteria and viruses such as the Coronavirus and HAIs such as: Staphylococcus aureus, pseudomonas aeruginosa, Klebsiella pneumoniae, Escherichia coli, and Clostridium difficile.

Both of the Cubbys are designed to clean the everyday items that most hospitals wouldn’t think of constantly keeping clean, but could pass pathogens into surgery and treatment sites. 92% of all medical staff that carry cell phones are contaminated with bacteria and pathogens, while 96% of keyboards are contaminated. Dozens of research studies have underscored the dangers of contamination from small personal items like cell phones, keyboards, tablets, and keys that continuously collect pathogens and are retransferred to everything one touches. With the Cubby that sanitizes the Keyboard, Mousepad, and Mouse and the Cubby Plus being used for everything else, another defense against HAIs will be added to the world’s arsenal. UV 360 and its subsidiary company Vioguard, are doing their part to help contribute to this National Action Plan.

Independent lab tests have verified the disinfecting effectiveness of the cubby; it has effectively eliminated C Diff, MRSA, S Aureus, and E. Coli all with 99.99% accuracy. It is affordable and effective and could be placed at Hospital Check-Ins as well as every Cleaning Station. The way it works is simple:

Company president, Jon Cole, has said, “The recent findings [mentioned above] are a reminder that we can’t let our guard down. The threat of HAIs and superbugs existed before COVID, and they will persist, even as COVID infections decline. UV disinfection technologies like the Vioguard Cubby Plus can target the top carriers of infectious diseases on hospital floors. We aim to neutralize the threat of frequently touched items like phones, keyboards, keys, and more.” Join in Vioguard’s Cause today to help us neutralize and eliminate the threat of HAIs from those frequently touched items.

Check out our websites here https://www.vioguard.com &  https://www.uv360.io for more information! 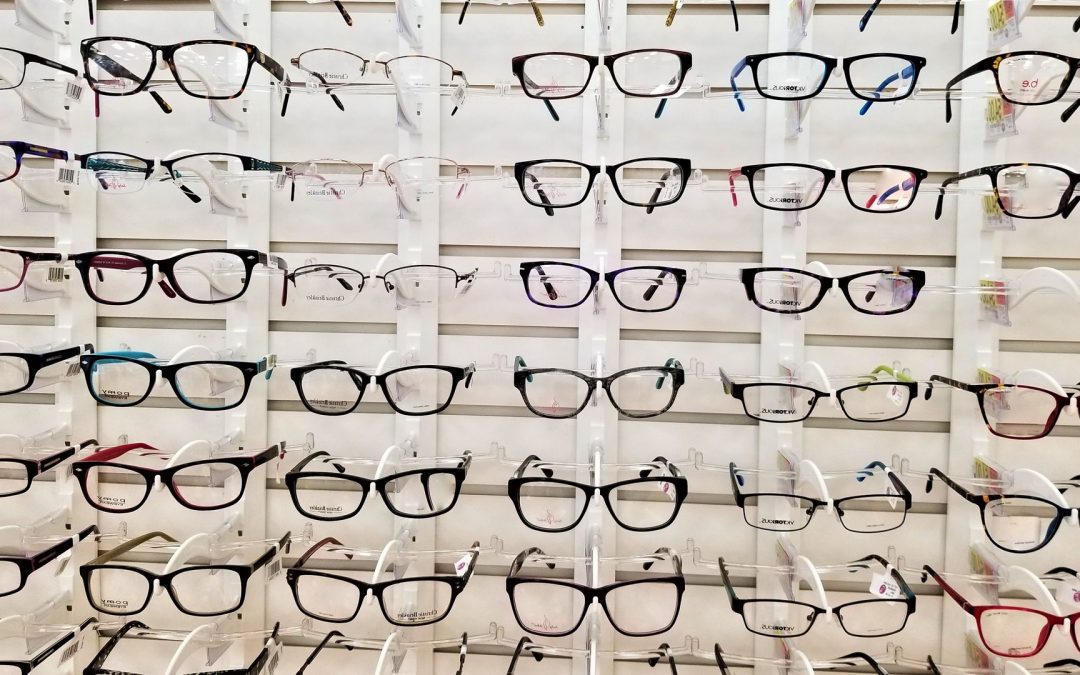 Product: Cubby Plus Top Line: Vioguard, a leading supplier of ultraviolet light disinfecting solutions, is now offering Cubby Plus, the first and only FDA-cleared UV-C medical device, for sale to optical retailers and eyecare practices. Close Up: With the Cubby Plus,...