The following individual’s full name has been held back to protect her privacy.

Trisha has been a nurse for 17 years. She is currently a NICU nurse in North Carolina. The neonatal intensive care unit contains the youngest and most fragile human beings who are left in the care of trusted nurses. But it seems like no matter how careful those nurses are, dangerous pathogens are bound to slip through the cracks.

In the four and a half years Trisha has worked in the NICU, her unit has only lost two patients where HAIs were a contributing factor. One of these cases occured in the last couple of weeks. Trisha explained that central lines can be umbilical artery catheters (UAC) or umbilical venous catheters (UVC). 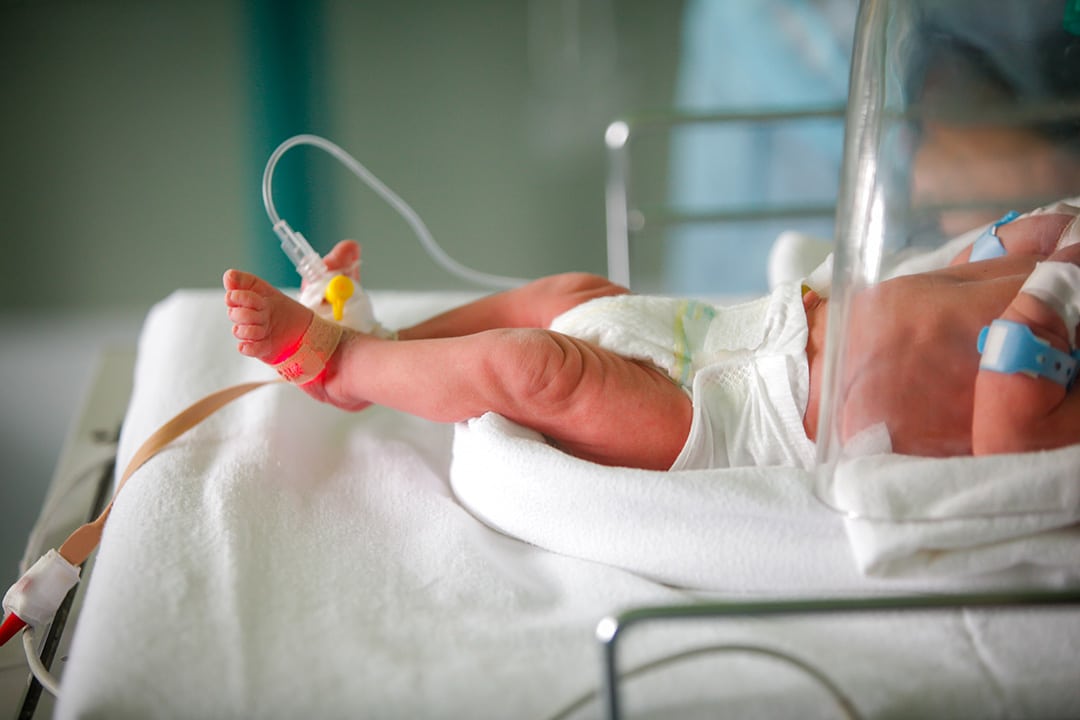 New babies have compromised immune systems are more likely to contract an HAI.
“They are placed in the umbilical cord (through the belly button).  Another type of line is a peripheral inserted central catheter (PICC), which is usually inserted in the arm,” Trisha said. “We also use Broviac lines which can be placed in the neck, chest or groin. In our hospital, Neonatal Nurse Practitioners place the UAC or UVC, a special team of nurses place the PICC lines and a doctor places our Broviacs.”

These lines can be used for a variety of things when it comes to neonates: nutrition, hydration, medication administration and occasionally, for our very sick infants, central lines are used for blood draws. The benefit to a line being inserted, is that it can be kept inside the patient for longer periods of time, they last longer and they only need to be inserted once for a number of different things. The downside to the lines is that they are inserted directly into the bloodstream, so if any pathogens are present it can cause an infection. Nurses and doctors take numerous precautions to make sure the catheters and entry points are as sterile as possible. Trisha said ventilators are another crucial tool to keep sterile.

“When a patient is intubated (on a ventilator), a tube is inserted into the trachea, which is a mucus membrane and an ideal location for pathogens to grow,” she explained. “Gas is exchanged inside the lungs, where blood vessels are near the surface. An infection in the lungs could easily enter the bloodstream and worsen the patient’s condition. That is why we have to be so careful with a patient on a ventilator.”

The main function of the lungs is gas exchange: oxygen comes in, CO2 goes out. If an infection occurs, it can cause an excess production of mucus. This mucus coats the inside of the lungs and can decrease the gas exchange. This can result in decreased oxygenation for the entire body. Since NICU babies usually have compromised lung function to begin with, getting an infection in their lungs would make their situation even worse. Trisha said strict protocols concerning central lines and ventilators have been set up as precautions to help prevent HAIs.

“The population we deal with is so vulnerable,” she said. “Protocols are set up throughout the whole hospital when it comes to these two areas because they are so much harder to treat than other areas of infection. As nurses, we know these babies are especially vulnerable and we don’t want them to get anything that would harm them.” If items in the NICU are not cleaned properly, they can be fomites for cross-contamination.

HAIs are extremely contagious to populations such as infants, children, the elderly or other patients with compromised immune systems. HAIs can live on inanimate objects for long periods of time. Trisha said there are several items that are especially dirty and seem to be bigger culprits than others.

“Anything we touch or visitors touch has the potential to carry bacteria: scanners, thermometers, phones, keyboards, chairs and so on,” she said. “The floors are extremely dirty. Sometimes parents will place their bags on the floors and then put them on the carts where we store everything for their baby. That really scares me and I do my best to prevent that from happening.”

Everything the nurses need for a particular baby is in the cart. There are only a few items used between babies like phones, thermometers, keyboards and chairs. Trisha said at times visiting parents make things harder to keep things sanitary simply because they don’t understand or don’t think about it. When a patient is identified as having an infectious disease, they are put in isolation in an effort to stop it from spreading.

“We make a kind of bubble for that infection and we want it to stay within that bubble so it doesn’t get to any other patient,” Trisha said. “We wear masks and gowns and require parents to do the same when they go into the area. Anyone who goes into the bubble needs to protect everyone outside the bubble.”

Tools used inside the hospital are not the only way infectious diseases can be introduced. Babies delivered vaginally can be susceptible to contracting a disease if their mother is a carrier. Occasionally, parents who are carriers are isolated to keep the disease from spreading to other babies in the NICU.

“There was one time when a dad had MRSA and we had to put his baby in isolation as a precaution,” Trisha said.

Babies in isolation are not prevented from having contact with mom and dad, which is an essential part of the early stages development.

“Babies need to be around their parents,” Trisha said. “It is really important that they have that time together. We have to allow that bonding experience to happen somehow, even if there is a layer between them. Many times, we let moms have skin-to-skin contact even when a baby has an infection. We encourage them to wash their clothes well and shower after having that kind of contact.”

Trisha said she thinks there are many things that could help stop the spread of infectious diseases and harmful pathogens. But she explained that not all of them are practical. “Sure, UV room sanitizers are great in some areas of the hospital like the OR, but they are just not practical for the NICU. Many of the babies are hooked up to ventilators, cords, tubes and monitors. It’s not like you can just evacuate the room every now and then to accommodate a sanitizing cycle,” Trisha said.

The current cleaning methods in her unit typically include special anti-bacterial wipes. When it comes to keyboards specifically, Trisha said they are hard to clean because of all the cracks between the keys. The NICU keyboards get wiped at the beginning of every shift, which means every 12 hours.

“Really you can only wipe the top surface, that’s all that’s practical,” Trisha said. “The number of people touching the keyboard per shift really depends on what is happening with the patients during that time. Sometimes the keyboards are used by the nurse practitioner, doctors, the nurse tech and sometimes the respiratory or physical therapist. There could easily be seven or eight people who use a single keyboard during a shift. Sometimes it could be just one.”

Trisha said she likes the idea of the Defender™. “It is really appealing that you don’t have to stop and touch something to make it work because that would be a pain,” she said. “I like that it works without much interaction on my part.”

Trisha said besides the protocols that are in place, there are other things that could stop the spread of infectious diseases. “It would help to raise public awareness of the overuse of antibiotics,” she said. “The reason things like MRSA have become such a problem is because we have hit them with so many antibiotics and they have become resistant. It is harder to treat something if you don’t have an antibiotic that will kill it.”