At first glance, James Low seems like a typical 20-month-old. He loves humming the song “’Wheels on the Bus,” bringing his teddy bear along with him everywhere he goes and sitting on Daddy’s lap while they swing at the park. At first glance, you would never know that his first year of life involved two brain surgeries and a staph infection at the surgical site. “When he was four or five months old we noticed he wasn’t developing like other babies,” Tanner Low, James’ father said. “He wasn’t laughing or smiling and something just wasn’t right.” James’ mother, Robin, took her son to the doctor who ordered an MRI and EEG to scan his brain. It turned out little James had a lesion on the right occipital lobe of his brain which was giving him infantile spasms, or “seizures.” A round of steroid treatments helped with the seizures, but the next EEG still showed the lesion.
James was scheduled to have brain surgery to remove the lesion on April 28, 2016 at just seven and a half months old. His parents were allowed to take him home five days after the surgery, but were alarmed when he began to suffer from extreme fevers and vomiting. The Lows took their son back to the hospital, where he struggled with the fevers for several weeks. Nothing doctors did would bring it down. A spinal tap came back positive for strep, but treating strep still did nothing to bring James’ temperature down to a normal level. The surgical site itself didn’t show major signs of infection; it was slightly pink with a normal amount of fluid coming from the incision area. But when James’ fevers continued, doctors had no choice but to reopen the wound and start the healing process over. Upon reopening the incision, surgeons flushed the area. When they tested the site, they discovered James had contracted a staph infection during his first surgery. “They warned us that any time you break the skin there is a chance of something like this happening,” Tanner said. “You just assume it won’t happen to you.” Robin said the weeks in the hospital because of the infection were grueling for their little family. “I didn’t resent the people, but I started really resenting being in a hospital,” she said. “I felt totally stuck. I had really bad cabin fever after a while. I spent most of my time in James’ room; if I left his room where would I go? I slept, ate and did everything at the hospital during James’ stay there.” Tanner went straight to work from the hospital and come back at the end of the day where he slept on the floor or squished onto the small hospital cot with Robin. “It was a tight squeeze!” Robin exclaimed. James spent a lot of time resting in the hospital trying to heal.
“Because he was a little delayed, we were his world. He never really wanted to go out. As long as he could see us, he was totally fine. It was almost a good thing he was so young. If that was now he would have definitely had cabin fever like I did,” Robin said. Tanner said he remembers overhearing one of the doctors in charge of James express his frustration that the infection occurred. “I overheard the doctor saying that too many of these infections happen and that they shouldn’t happen this often,” Tanner said. “It just felt pointless. I remember just thinking ‘we shouldn’t have to be here.’ As a consumer of hospital services, that hurts. I feel like hospitals should do everything they can to make sure these kinds of things don’t happen.” Despite having moments of discouragement, the Lows said they still felt like they were in really good hands. “Every nurse and doctor we met were trying so hard,” Robin said. “I never had thoughts of ‘what if’ because I knew we were in the best hands we could have been in. My thoughts were more along the lines of ‘what a shame.’” Tanner said he wouldn’t blame any one person. He explained that if there was someone to blame he has no doubts it was a complete accident. “We had the best doctors we could have ever asked for,” he said. “They were all doing their best. They explained everything so well and I felt like they helped us make educated decisions about our son. They treated us with respect. We loved the hospital despite the hard times.” Tanner said even though he had no hard feelings toward the hospital staff themselves, he did think the infection caused complications for both parties. “I am a straightforward, business kind of guy,” he said. “Because of the infection we had to come back to the hospital for another three weeks. Our stay for the surgery was shorter than the one for the infection. We were basically sitting around doing nothing for three weeks and taking up space and resources in their hospital. I know they just wanted to see us walk out that door and be healthy and we did too.” 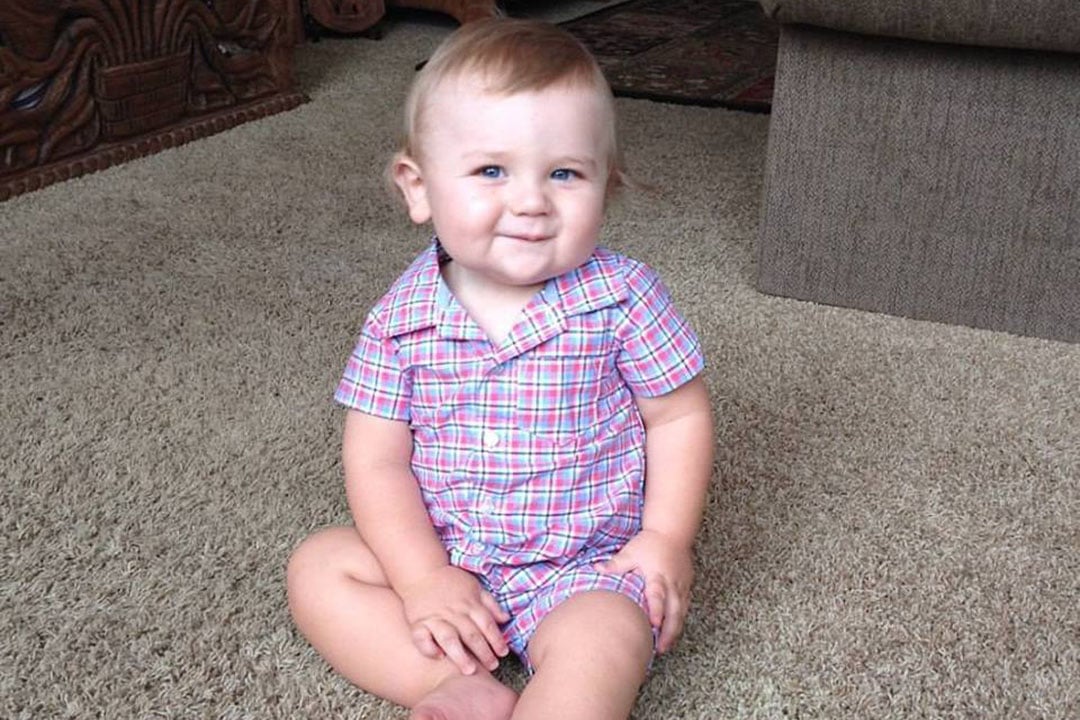 James was lucky his exposure to staph was caught and eradicated in time. He is now a happy, healthy little boy.
Robin remembers watching the precautions the nurses took while taking care of her son. “They were always pretty careful; they used hand sanitizer when they entered the room and things like that,” she said. “But once he tested positive for staph they started taking a lot more precautions. I remember wondering about the time he had it before they knew he did. I thought about the spread from patient to patient that probably happens unknowingly.” A week after the second brain surgery, James was sent home on antibiotics. His fevers subsided and he began the healing process once again. Today, James is doing very well. The part of James’ brain that was removed because of the lesion controls the left half of his vision. Because of that, he has some blind spots and Tanner describes him as a little more “cautious” than other children. Weekly therapist appointments have helped James play catch up and he hasn’t had any seizures since the surgery. “It’s really a miracle,” Tanner said. “If it had been any other part of his brain they may not have been able to operate, or an operation could have changed his personality. As it stands, no one is worried about the surgery affecting the rest of his life.” When it comes to the infection, luckily James has had no repercussions or permanent damage. Robin said she is glad the staph infection was resolved but doesn’t wish the experience upon anyone else because it added another level of stress to an already-trying time for their family. “If there is anything that can be done to help prevent infections like this from happening in hospitals,” she said. “It should be done.” 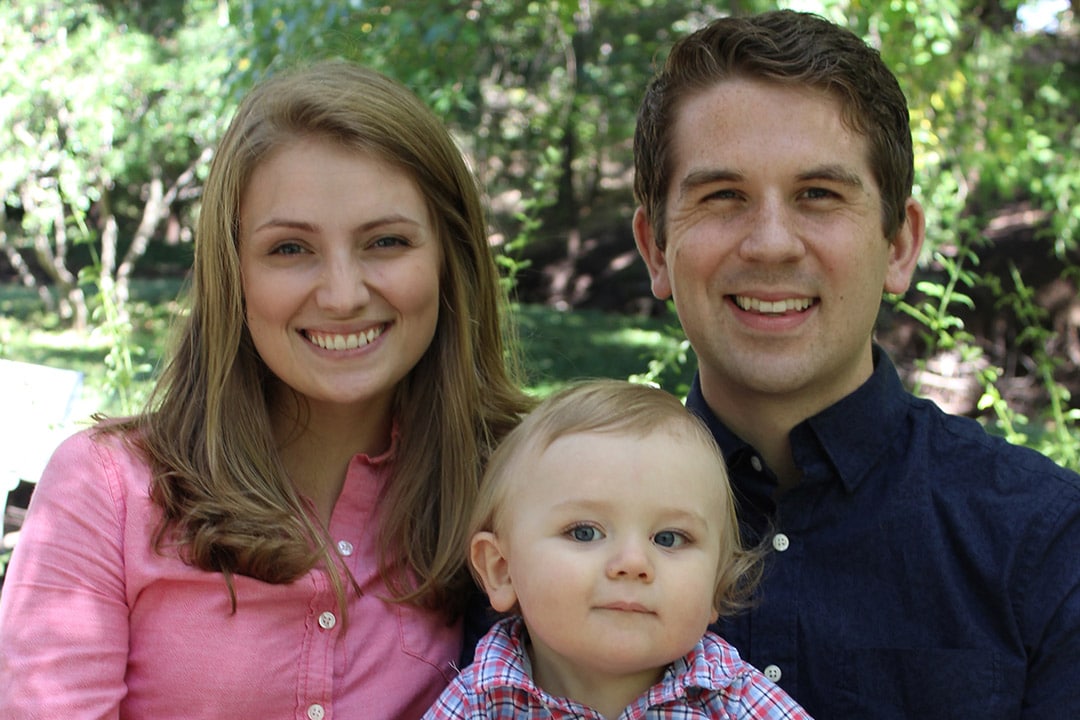 The Low family is happy they are past the extra time in the hospital so they can enjoy their baby boy.