What is UV light, and can it kill the coronavirus on surfaces? Here’s everything you need to know

Read It On USA Today
Ultraviolet light technology is becoming more popular among companies that are implementing a multi-tactic approach to combat the coronavirus.

On July 29, JetBlue Airways revealed the Honeywell UV Cabin System, a robot the size of a beverage cart with arms that extend over the top of seats to sweep the cabin and treat aircraft surfaces. It can disinfect the entire cabin in roughly 10 minutes.

Troutbeck, a historic retreat set on 250 acres in New York’s Hudson Valley, upgraded all of the resort’s HVAC systems with a HEPA filtration system that includes UV light for extra germ-fighting.

New York’s public transportation system, the Metropolitan Transportation Authority, worked with Columbia University to test UV light in vehicles and other fixed locations, such as break rooms and operation centers.

While companies continue to use ultraviolet light to disinfect their airplane cabins, hotels, subway cars and cruise ships, the average American is skeptical. How can light kill the coronavirus?

What is UV light?

Ultraviolet light is a band of electromagnetic radiation at higher energies and shorter wavelengths than visible light, which makes it invisible to the human eye, according to the International Ultraviolet Association.

There are four subcategories to UV light based on their wavelengths: UVA, UVB, UVC and vacuum-UV.

UVA wavelengths are the longest and fall between 400 to 315 nanometers. Most of blacklight falls into this category, except for a small fraction that falls into the violet spectrum, which is why people using it see a purple color.

On the other side of the spectrum, vacuum-UV has the shortest wavelengths that fall between 100 and 200 nanometers.

Airline companies, businesses, hotels and hospitals specifically use UVC light to disinfect surfaces and kill off viruses that chemicals might miss. UVC light falls between 280 and 200 nanometers.

Can UVC light kill the coronavirus? How?

Jim Malley, professor of civil and environmental engineering at the University of New Hampshire, said germicidal UVC light has been used for decades to disinfect surfaces and kill viruses.

While studies have yet to confirm whether UVC light is able to kill SARS-CoV-2, the virus that causes COVID-19, multiple studies have shown that it can kill other viruses, including influenza and other seasonal coronaviruses.

But how can a light kill a virus? One theory, Malley said, is that the UVC light damages the virus’s RNA so that it is no longer able to reproduce and infect. It can also damage the protein that coats the virus, disabling its ability to attach to a host cell.

Typical germicidal UVC light kills viruses at a wavelength of 254 nanometers. But all viruses are different and some respond to shorter or longer wavelengths. They also require a different UV dose, which is measured by light intensity and exposure time.

“The thing about virus and germs is that they’re not one thing,” Malley said. “Some are very resistant, so they need a high UV dose; some are more susceptible so they can take a low UV dose.”

If all the measurements line up, UVC light can kill 99.9% of viruses and bacteria.

One limit to UVC light is that it disinfects only what it sees. Sometimes, the light source needs to be repositioned multiple times to get every space inside a room. It may also take a couple of cycles to completely disinfect a room, depending on the room’s size, the intensity of the light and the time of exposure.

The science is meticulous.

“The (UV) light we are talking about cannot be seen, going against a virus that is way too small to see,” Malley said. “It’s like painting with an invisible paint brush.”

If UVC light can damage the RNA in viruses, it can also damage the DNA inside the cells that are present on human skin.

The International Agency for Research on Cancer has classified ultraviolet radiation as a carcinogen to humans, which means it can cause cancer. The American Cancer Society has also said that UV light can cause premature aging and signs of damage such as wrinkles, leathery skin, liver spots, actinic keratosis and solar elastosis.

Malley says UV light can also be harmful to the human eye, specifically damaging the cornea. This could lead to clouding of the eye lens or tissue growth on the eye surface, which can impair vision, according to the ACS.

This is why many companies go the extra mile to protect consumers. Some companies go as far as to provide protective equipment, such as suits and goggles, while others design products that keep the light detained.

“If it’s not going to harm your skin or eyes, it’s not the right amount of UV energy” to kill viruses and bacteria, said Mark Beeston, vicepresident of sales and marketing at Vioguard, a UVC light tech company.

But a recent study suggests there may be a spectrum of UVC light that kills viruses but isn’t harmful to humans.

Researchers at Columbia University Irving Medical Center found that more than 99.9% of seasonal coronaviruses present in airborne droplets were killed when exposed to a wavelength called far-UVC light at 222 nanometers. The results were published in June in the peer-reviewed journal Nature.

According to the study, far-UVC light can’t penetrate the tear layer of the eye or the outer dead-cell layer of skin. This means it’s unable to reach and damage living cells in the body.

“Because it’s safe to use in occupied spaces like hospitals, buses, planes, trains, train stations, schools, restaurants, offices, theaters, gyms, and anywhere that people gather indoors, far-UVC light could be used in combination with other measures… to limit the transmission of SARS-CoV-2 and other viruses,” said the study’s lead author David Brenner, director of the Center for Radiological Research at Columbia University Irving Medical Center.

UV market is like the ‘Wild West’: Most products are ‘rubbish’

Good UVC light devices are difficult to perfect, yet it seems many companies are already offering products as consumers look for more ways to disinfect their living spaces.

“It’s a wild west rodeo, the gold rush. Everybody is hauling up the mountains to dig gold,” Beeston said.

Malley sees 10 to 20 advertisements a day, and calls most of those products “rubbish.”

He said most devices that kill viruses and promote safe use are usually marketed to hospitals or commercial laboratories. Those devices can range from $1,000 to $4,000. The cheapest product Malley has seen that actually works starts at $400.

Although some companies market approval from the Food and Drug Administration or the Environmental Protection Agency, there is no official certification or authorization from a governmental agency that confirms a product’s efficacy.

Experts urge customers to do research before purchasing a UVC light device. Does it have studies to back up its efficacy? Does it appear in any hospitals, laboratories or other commercial settings? What’s the light wavelength, the recommended dose and at what distance?

Malley and Beeston recommend reaching out to the manufacturer and asking these questions if the answers aren’t immediately clear. 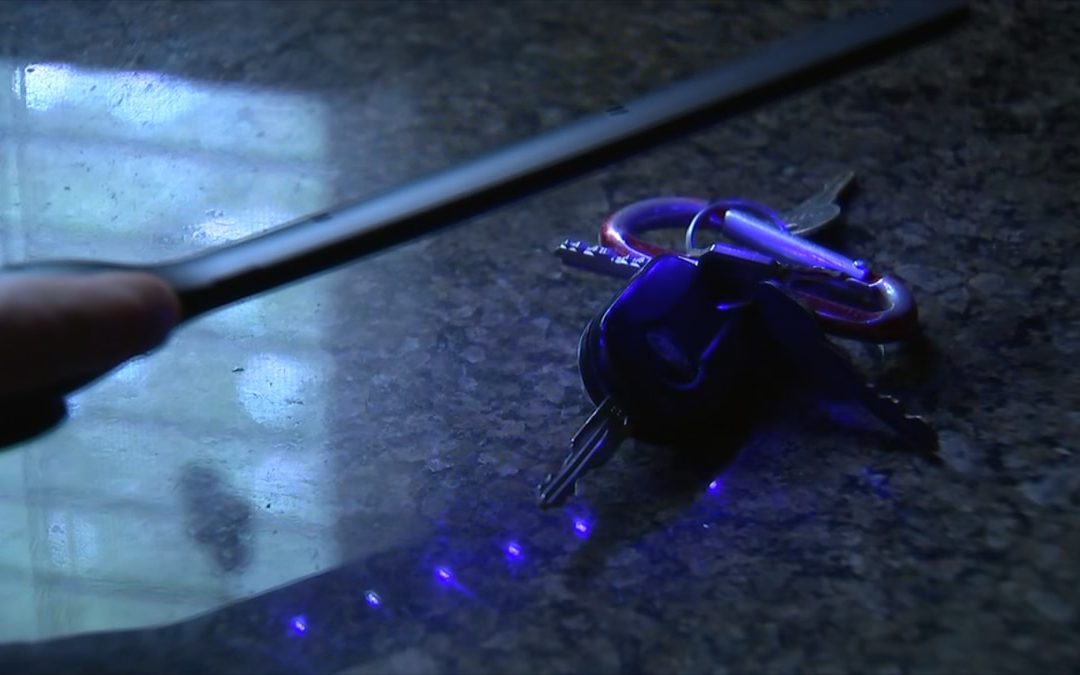 What to know before buying UV light products to disinfect your phone, other items

By: Wendy Corona, WSB-TV Updated: September 15, 2020 - 5:54 PM Products promising to sanitize and disinfect are out there, but how do you know if they work or are safe to use? “You get what you pay for,” said Mark Beeston with VioGuard, a leader in UVC medical grade... 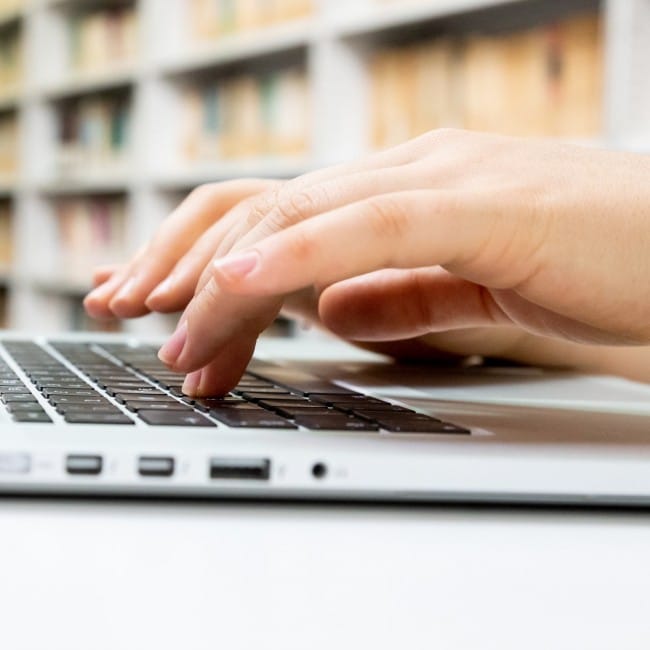 Studies Say Keyboards Can Be Full of Bacteria, but How Can We Keep Them Clean? Vioguard Explains

Now, more than ever, people are very dependent on computers. From work to school and even virtual gatherings, computers are used by everyone during the coronavirus pandemic. Some studies show that computer surfaces can be a transmitter of bacteria. Research even shows... 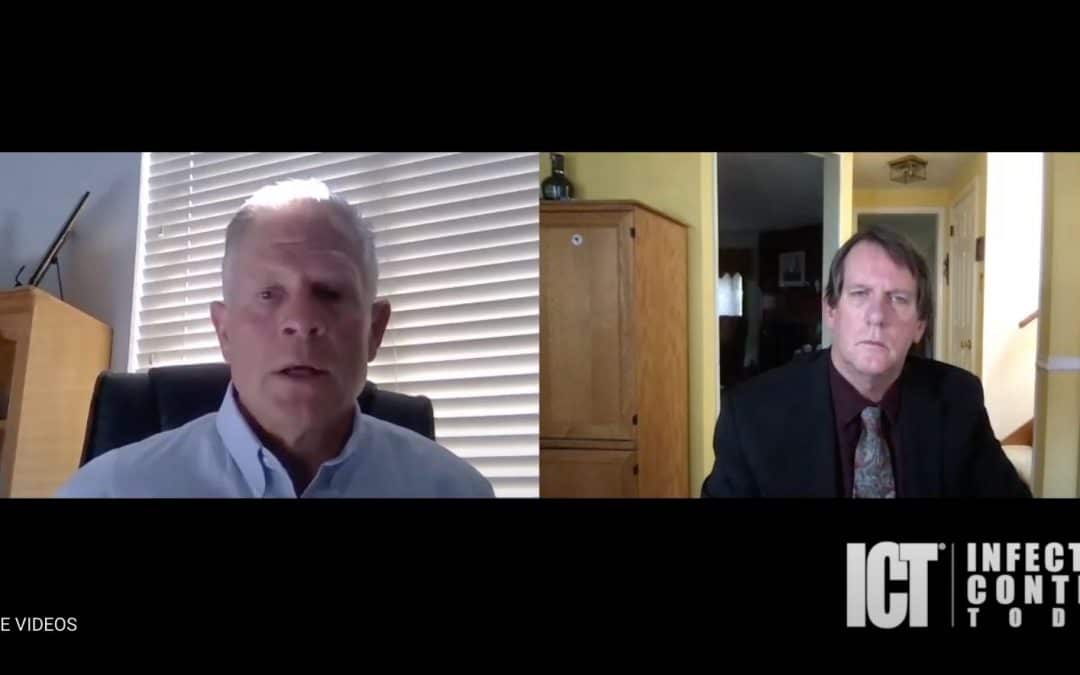 Q&A: Healthcare Slow to Use Ultraviolet Light to Disinfect

Of course, it’s in the best interest of Mark Beeston, the vice president of sales and marketing for Vioguard, a company that manufactures ultraviolet light (UVC) disinfecting devices, to say that. Still, Beeston understands why healthcare has been somewhat hesitant.... 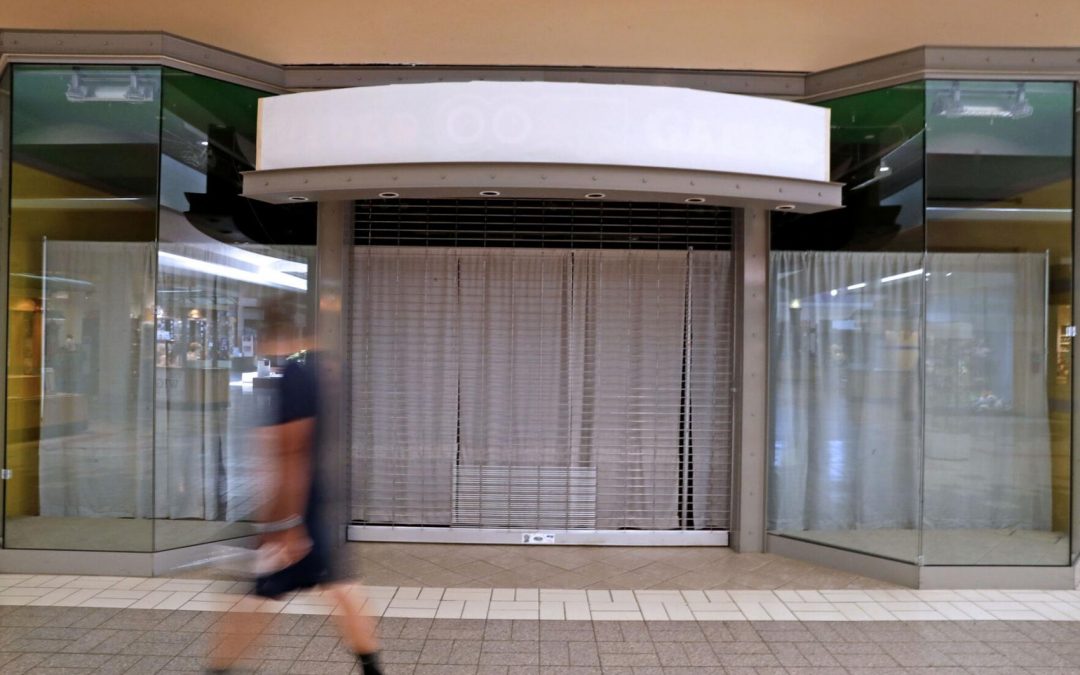 How Covid-19 is shaping malls of the present and future

During the mall's 1980s heyday, if you had imagined a mall in 2020, it is more likely you would have envisioned robot sales clerks and laser-equipped mannequins than hand sanitizer and face masks. But here we are. Covid-19 safety measures have changed how customers... 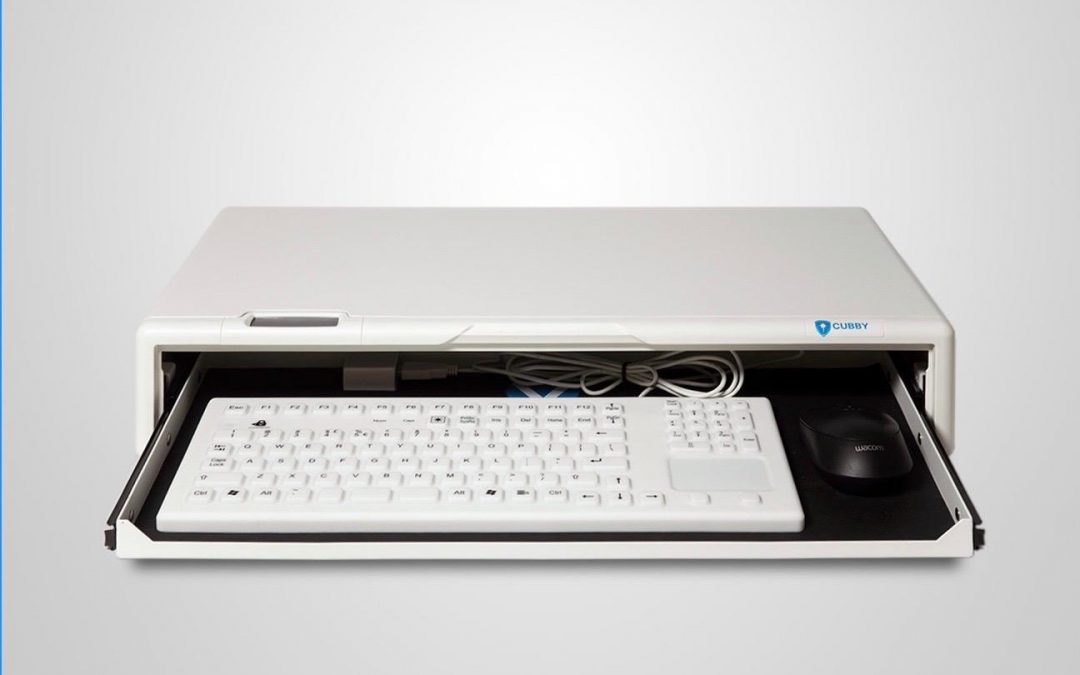 From UV light sanitizing to AI fever tracking, these are the emerging technologies retailers are using to prevent the spread of the coronavirus in stores

With many retailers now reopened to the public, some are taking extensive steps to protect both employees and shoppers, including installing new technologies designed to prevent the spread of the coronavirus. Visiting a retail store may feel radically different from...

This Product Is In High Demand

As COVID-19 continues to disrupt life around the globe, Vioguard is committed to providing high-quality disinfecting solutions to its customers. We recognize the essential role our UV-C sanitization devices play in killing pathogens and eliminating cross-contamination across medical, corporate and consumer environments. While we have ramped up production to address the current demand for our technologies, certain products may be in a “Back-Order” status.

If a product is marked “Back-Ordered”, it will ship when available. Based on current production schedules, we expect product shipments to commence the week of April 27, 2020. You may purchase a “Back-Ordered” product at any time, this will ensure prompt delivery once the product is available. If you have other products in your order that are available now, those products will ship immediately.

We thank you for your continued trust in our products and hope you remain safe and healthy during this challenging time.

Alternatively, you may visit Amazon with regard to additional product availability. 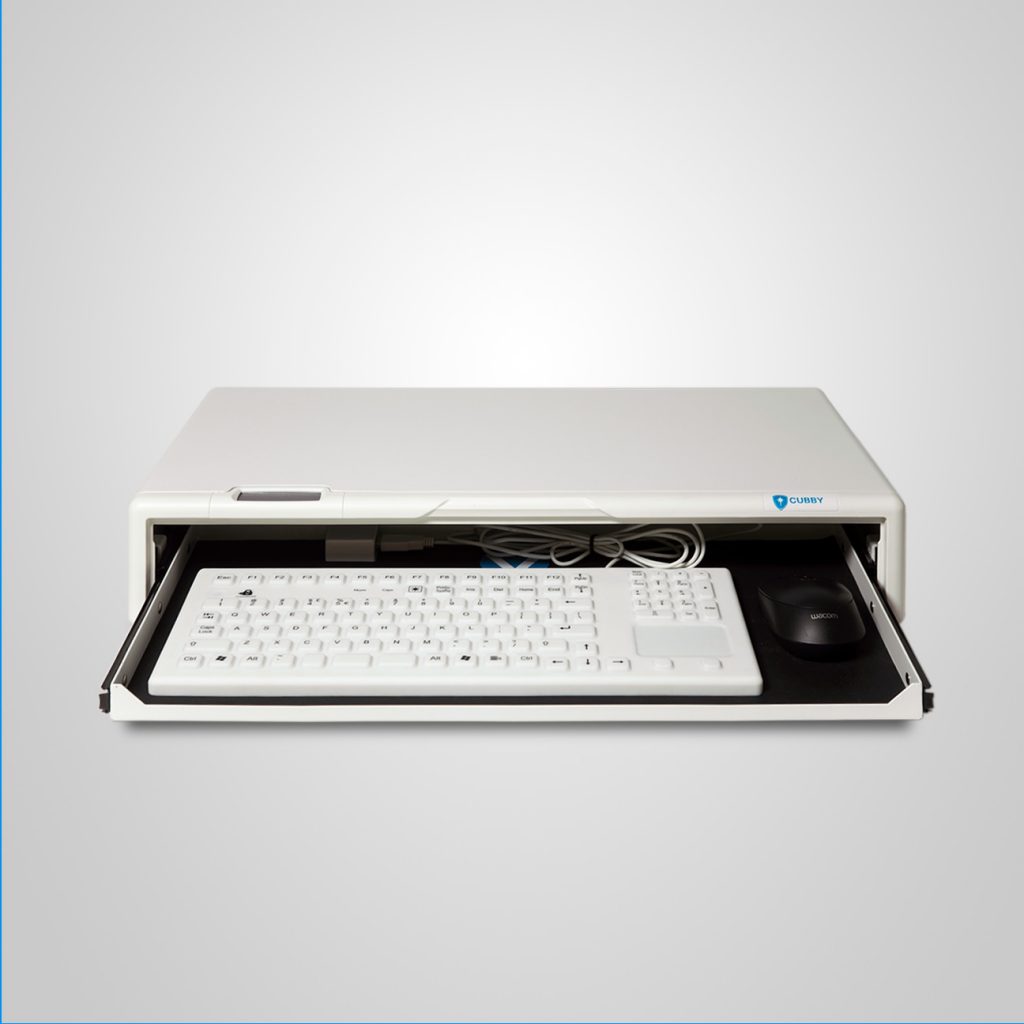 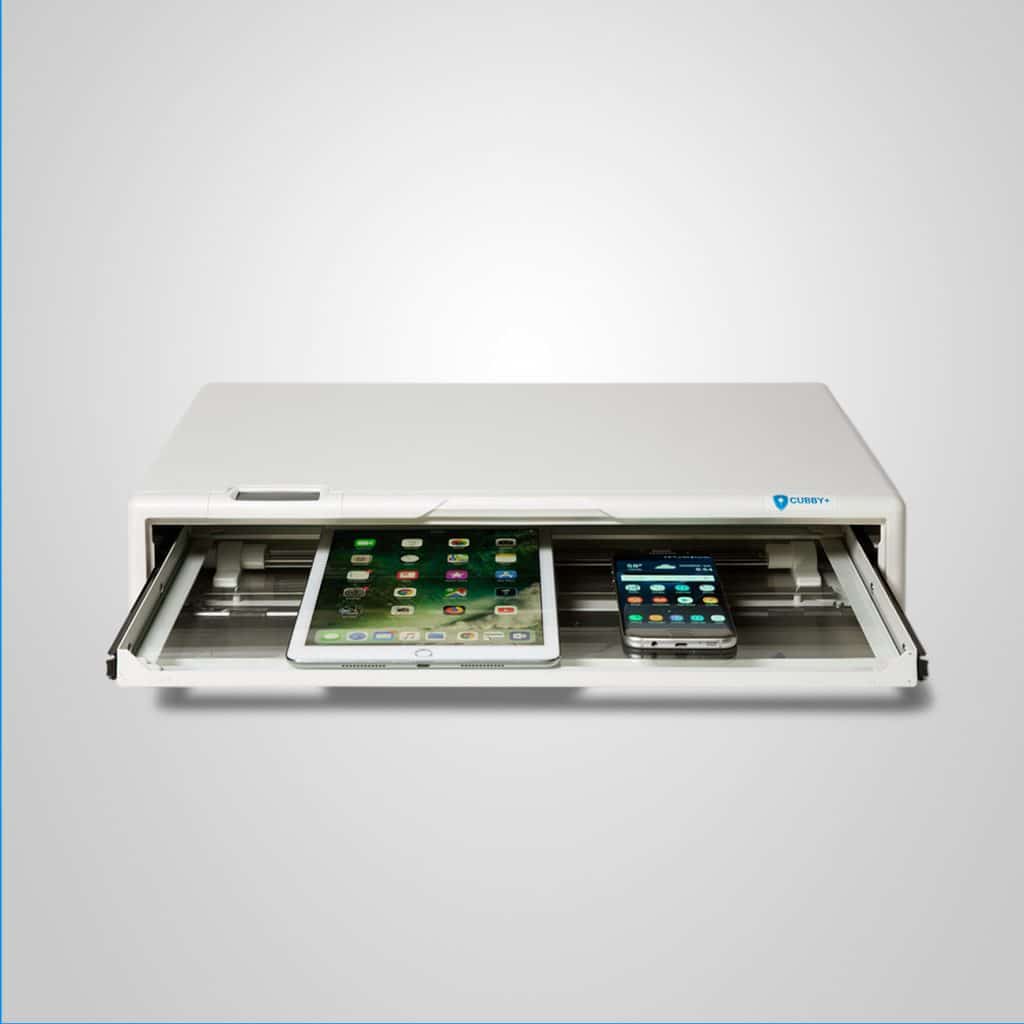 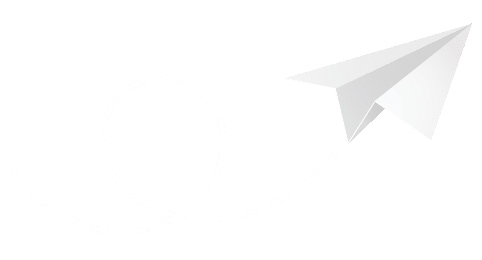